A recent study claims that tattooed ppl tend to be more (verbally) aggressive. It’s a terribly simplified claim when you take a closer look at reasons ppl get their tattoos and how ppl tick in general. Women celebrating their bodies after mastectomy and increasingly adorning their bodies do that due to their inner agression? Parents getting their children’s drawings tattooed on them do so to channel their anger? The claim that “when these individuals experience a negative emotional event, they may be more likely to react by pursuing an act that is seen as defiant. The act of tattooing is perceived as rebellious, or more generally tattoos themselves can signify defiance or dissent.” is ridiculous as there are millions of other, non-tattooed ppl who channel their verbal agression and anger in way more negative and socially unacceptable ways. But the headlines sound cool and they stick around, so here we have yet another stereotype in the process of being formed. 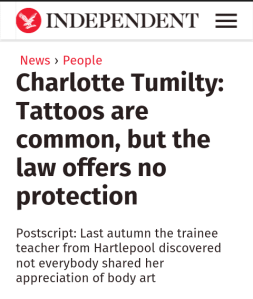 I totally know what it’s like. Sadly, it really happens! And it’s also based on an assumption that tattooed ppl are somehow inferior to the so-called normal ppl. 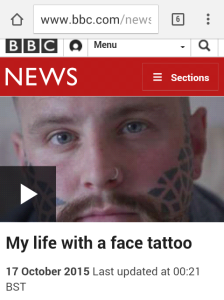