There was a lot of articles and images from the tattoo convention in Venezuela. Most of them were ‘awe-and-cringe’ sort, so they weren’t worth being mentioned. This one is a bit different as it not only lets you see but also makes you listen to the people from the pictures and try to udnerstand the reasoning behind their decision! 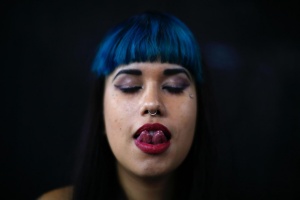 And just when you started thinking that it actually possible and doable to present body modification in a reasonable way, you come across a gem like this one; my nightmares may be haunted by ppl responsible for writing such pieces 😉

A bit similar is an ad campaign for tattoo removal business in Switzerland with images like these below. Something in them really annoys me 😛

But also from Switzerland comes a cool photo project focused on before/ after motif with a twist. This time it’s ‘before’ that makes people who they really are. 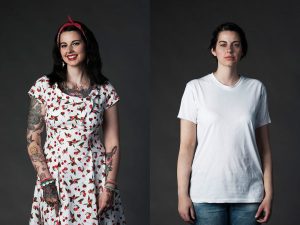 Eyeball tattooing in the Washington Post. How popular has this mod become, huh?

But even when it seems that the whole world is against you, there are still some rays of sunshine (even if they make your tattoos fade 😉

Chris Baker and his Ink 180 where he helps ex-gang members, ex-cons, victims of domestic violence, victims of sex trafficking and others overcome their past and traumas and start anew! Chris Baker is a good man in the first place but he also happens to be a tattoo artist. 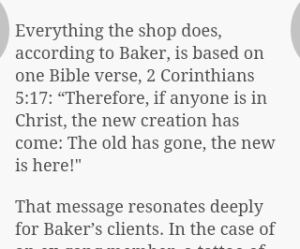 A documentary on tattoos in the making.

A great inspiring story showing once again (but for some people it’s never enough) how every body has its story and it gets cooler with a tattoo on it! 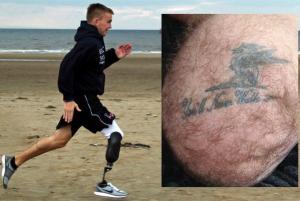