What happened to the romantic legend of the *not so* Easy Riders? 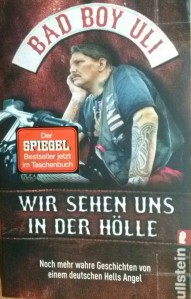 Bad Boy Uli is a German ex-Hell’s Angel and decided to share his story and work on dispelling the romantic legend of the Hell’s Angels. His book (this one is the second by him and he promises more to come) focuses not only on anecdotes from the everyday life of Hell’s Angels but also packed up with the data confirming the bad image and reputation of the Angels. In a way, he shows both sides of the Hell’s Angels’ coin and admits that there is way more going on behind the romantic image of the boys. 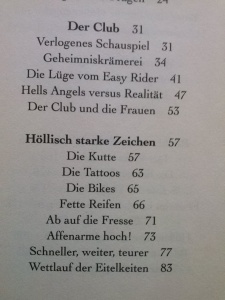 I was interested in Hell’s Angels tattoos to a degree and there is some tiny info on the subject here but the book is actually worth reading whether you are into tattoos or not. In a way, it shows how the subculture and image of the Hell’s Angels evolved from the classic Thompson’s work, their portrayals in the media and general public over the years up to this recent no-go policy against the Hell’s Angels in Germany. One might question Uli’s credibility, of course, but that’s always an issue and, much to his credit, he actually provides sources backing up his opinion and confirming his tales.