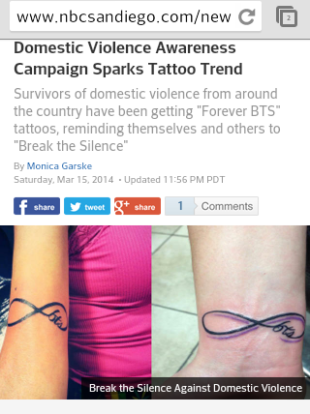 I just love coming across articles showing how tattoos and people in the industry can change the negative image attached to them and how tattooed people change things for better. Here ‘Break the Silence’ campaign against domestic abuse and ‘Semicolon Tattoo Project’ focused on preventing depression and suicide!

More about ‘Perseverance: an evolution of Japanese tattoos’ exhibition! 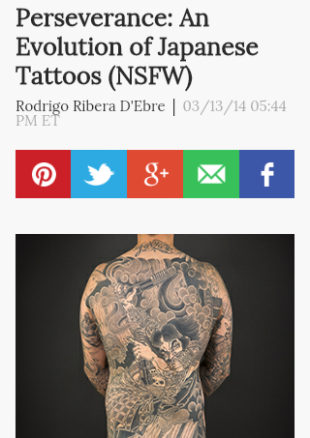 Not a very nice topic but it’s history and exactly the events that should not be forgotten: metal stamps used for tattooing prisoners in Auschwitz (a big German concentration camp in occupied Poland during WWII) are going to be shown in a new museum exhibition.

Since it’s going to get warmer quite soon, I start feeling for these guys: dress code for Honolulu police force and firefighters in Florida!

People: Norm Will Rise (an expert on writing graffiti and lettering tattoos) and a video from a tattoo convention in Australia with Luna Cobra heavily featured in. Also, a slide show from NYC tattoo convention focused on reasons behind facial tattoos.