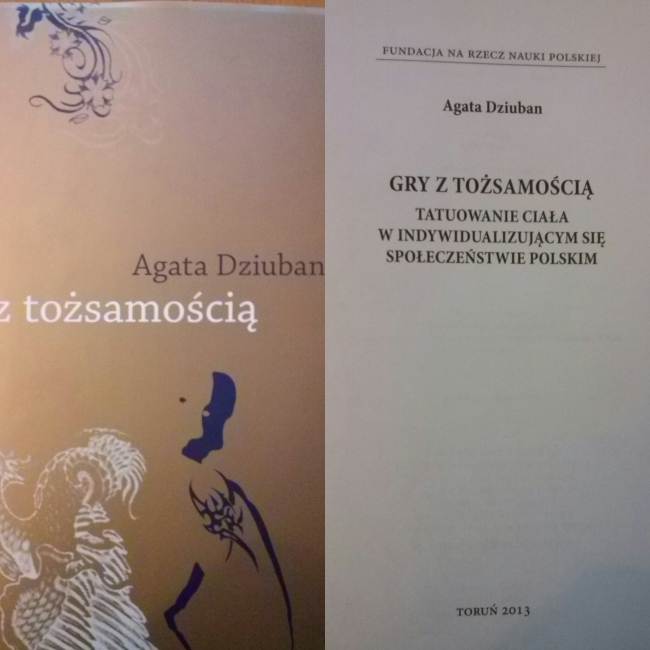 Sadly I don’t have enough time and will to write up a decent review of this book, so it’s going to be just a very short review instead, just to say how interesting I found it.

The author is a sociologist and she looks at tattoos from this perspective. She puts them in context and shows how differently they can be interpreted depending on time, place and people involved. I found the first chapter, focused specifically on various sociological concepts of modernity, quite hard to read – it’s dense with theories, approaches and concepts but it’s important not to skip it as it defines modernity and what comes after it which helps understand how people and societies they live(d) in change over time.

The following chapters, 5 to be exact, focus on tattoos as they were seen in traditional societies and how they could be both inclusive and exclusive, tools of self-expression, a way to deal with one’s emotions etc. The author extensively quoted people she talked to while doing research during her work on this book and these conversations/ interviews are actually very interesting to read as they show how different people approach the same thing in many different ways.

I got to read this book in a very weird moment of my life, when suddenly I had to confront my own choices regarding body modifications (tattoos included) and face people’s reactions that changed me from a person they thought they knew into one of the freakish Others. This book is an academic work presenting the subject in an objective (as much as possible, of course) way but for me it was also comforting as it showed me I am not alone.

A photography essay at the end of the book called ‘the colors of identity’ is a very nice touch!

There’s quite extensive bibliography here and I think this book is a very important work on the subject of tattoos in Poland. Maybe the group of people interviewed for it could have been bigger, maybe the book could have been more accessible as far as the language it’s written is in but it doesn’t change the fact that for now it’s one of the very few good books on tattoos in Polish. Hope there will be more of them in the future.